A 30-year-old woman (gravida G3, para 1) who is approximately 6 weeks pregnant called into the after-hours Ob/Gyn line over the weekend with reported spotting. She stated that she had bright red spotting for 24 hours that has now stopped. She denied any pain, dizziness, gastrointestinal symptoms, change in activity, or trauma. She had a miscarriage at 6 weeks’ gestation 3 months prior and is concerned for another miscarriage. She also denied any history of sexually transmitted infections, drug use, or smoking.

The patient presented on April 24th for examination, 24 hours after the bleeding stopped, at which time human chorionic gonadotropin (hCG) levels were obtained for comparison with previous levels. The patient was sent home, but she was directed to call if bleeding started again or if she experienced any pain. A review of the β-hCG levels is as follows: April 15th, 674 mIU/mL; April 20th, 4934 MIU/mL; and April 24th, 9014 mIU/mL.  Progesterone level recorded on April 15th was 15.0 ng/mL (expected first-trimester progesterone range, 11.2-90.0 ng/mL).

The results were discussed with the patient’s obstetrician/gynecologist and were determined to be increasing appropriately. The hCG levels should increase by at least 53% in 48 hours or double in 72 hours (Table). The patient was still concerned for miscarriage and was scheduled for an ultrasound at the hospital that week to confirm the pregnancy. 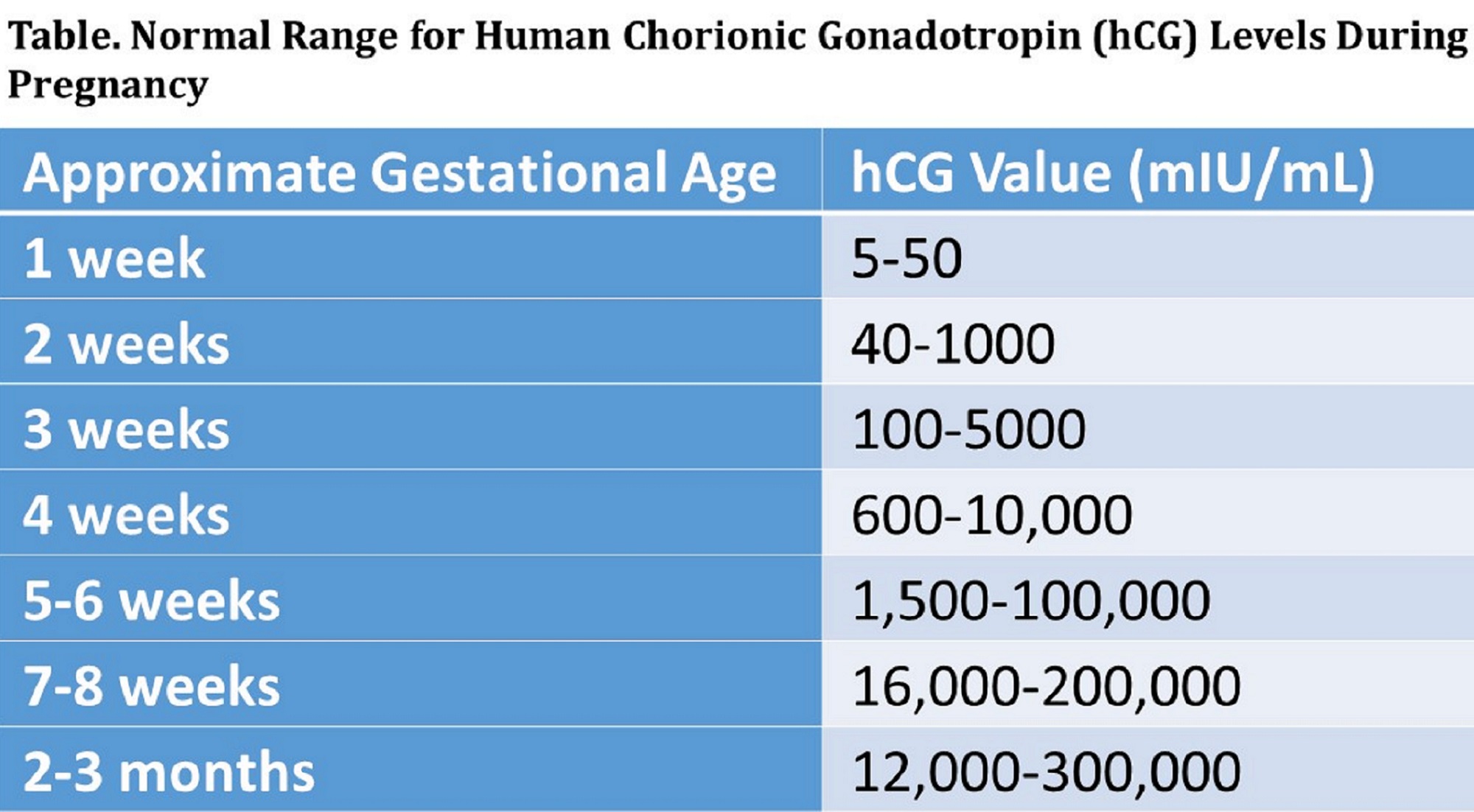 The ultrasound was scheduled for 3 days after the last hCG level was taken, and no further spotting was noted. On the morning of the ultrasound, the patient experienced sharp shooting lower pelvic/vaginal pain that went away after a few minutes. She presented for her ultrasound, which did not show any products of conception within the uterus. A transvaginal ultrasound was then performed, which revealed a left ectopic pregnancy with a fetal pole and positive cardiac activity. Free fluid was noted suggesting rupture. The patient was stable and sent immediately for direct admit and scheduled for an emergent laparoscopy.

In a normal pregnancy, following fertilization the blastocyst implants in the endometrial lining of the uterine cavity. Implantation elsewhere is considered an ectopic pregnancy. In the United States, ectopic pregnancies comprise 1% to 2% of all first-trimester pregnancies.1 Ectopic pregnancies account for 6% of all pregnancy-related maternal deaths1; this number has dramatically decreased over the past decades with early urine and serum beta-hCG levels, transvaginal ultrasounds, and early diagnosis through assessment of symptoms by medical providers.