Major depressive disorder (MDD) is a disturbance of mood that may have persistent and long-term consequences impacting patients’ overall level of functioning and quality of life.1 Historically, patients were treated with a goal of 50% or more reduction in the level of presenting symptomatology.2 However, the short- and long-term impact of residual symptoms spurred a change in patient management over the last decade, with current guidelines recommending an end goal of full remission, defined as complete resolution of depressive symptoms.1-4 Despite these recommendations, it is estimated that as few as 24% of patients with MDD receive any treatment, just 9% receive adequate treatment, and only 6% achieve full remission.5

The cognitive symptoms of depression (eg, difficulty concentrating, forgetfulness) are especially difficult to treat and are often particularly persistent, even when patients are otherwise responsive to therapy.5

Depressive disorders are the fourth-leading cause of disability-adjusted life years worldwide, and failure to achieve remission is associated with a more chronic and debilitating course of illness, including decreased time to relapse.3,4 It is imperative that patients with MDD receive adequate, appropriate, and comprehensive management. This article reviews the impact of residual symptoms, evidence-based guidelines for monitoring treatment response, and strategies for improving patient outcomes.

Even mild residual symptoms at the end of a depressive episode have been associated with significant disability, more than 3 times faster relapse to a subsequent major depressive episode, and a more chronic future course in first-episode patients.6 In clinical trials, remission has been defined as a Hamilton Depression Rating Scale (HAM-D17) score of ≤7, a Montgomery-Åsberg Depression Rating Scale (MADRS) score of ≤10, or a Clinical Global Impressions (CGI) score of 1.2,6 However, data suggest that even this level of symptomatology impairs daily functioning and increases the risk of future relapse into a full major depressive episode, highlighting the benefits that accrue when patients can achieve a complete asymptomatic state.7,8

Residual symptoms, defined as symptoms that linger despite an adequate dose and duration of antidepressant therapy, may be divided into 2 categories: 1) continued manifestations of core depressive symptoms, which may include impairment in sleep, interest, energy, cognition, appetite, or psychomotor activity, as well as suicidal ideation and depressed mood, and 2) appearance of nonclassic MDD symptoms, which may include anxiety, pain, irritability, or cognitive impairment.3 Unfortunately, despite standard treatment with antidepressants, many patients continue to experience residual symptoms.9

In a study of 215 outpatients with MDD treated with fluoxetine for 8 weeks, 108 patients were considered full responders (HAM-D17 score of ≤7). Of these 108, 26% had 1 residual symptom and 57% had 2 or more residual symptoms, based on the Structured Clinical Interview for DSM-III-R (SCID-P) (Figure 1). It is important to note that alternative contributory factors to residual symptoms may include medication side effects. Side effects, such as insomnia and fatigue, may be misinterpreted as residual symptoms. Overall, fewer than 20% of full responders were free of all SCID-P subthreshold and threshold major depressive symptoms after 8 weeks of treatment.10 In a 3-year prospective study of 267 individuals being managed for depression in the primary care setting, cognitive problems, lack of energy, and sleep difficulties were present 39% to 44% of the time during remission and 85% to 94% of the time during depressive episodes.11 Common residual symptoms, which will be explored in detail here, include cognitive deficits, fatigue, and insomnia. 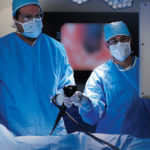