The hip combines structural features that not only permit an extensive range of motion but also allow for the transmission of great forces through the thighs, pelvis, and lower portion of the spine, all while helping to support the weight of the body.1

The top of the femur—the femoral head—is spherical and usually well-situated in an area of the pelvic bone called the acetabulum, which is a smooth, cup-shaped socket. A capsule surrounding the joint is made up of a series of ligaments that support the hip’s stability. This joint capsule ensures that the femoral head remains snugly in the acetabulum when the upper legs move. The cartilage at the center of the acetabulum and at the proximal femoral head, combined with the synovial fluid (better known as joint fluid), allow the femoral head and acetabulum (thigh and hip) to slide past each other much like a ball bearing.1,2

Most femoral growth during childhood takes place in the epiphysis (proximal and distal regions of bones), as is standard for most childhood bone growth.3 Children’s bones have a large component of cartilage, known as the physis (also called the growth plate), which slowly gets replaced by calcified bone.4 Because the bone and cartilage cells in the epiphysis are constantly dividing and regenerating in a young child, the epiphysis is critically dependent on a steady supply of oxygen and nutrients from the blood that runs through vessels and channels to the bones.

Certain diseases of childhood that can occur in the hip region may have long, debilitating effects if they are not recognized and treated in a timely manner. Three such conditions are:

Developmental dysplasia of the hip Developmental dysplasia of the hip (DDH) is a varied spectrum of disorders that may occur at birth, in infancy, or during childhood.7,8,9 Problems range from a mild, simple acetabular dysplasia to a severe defect with a dislocation (Figure 1). Classic DDH occurs in 0.1%-0.2% of infants.7

Pathophysiology. DDH is most common in infants who are female, who are the mother’s firstborn child, and who had a breech presentation.5 The condition is inherited by the polygenic mode.9 In children with DDH, the acetabulum is typically shallow. The proximal femoral head shows coxa valga and anteversion. The acetabulum may contain pulvinar or fat, which has the consistency of a spongiform-like tissue.10 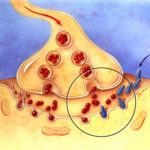