Complications in wound healing — coupled with increasing multidrug resistance — is an emerging threat to patient morbidity and mortality, presenting challenges to infectious disease and contemporary wound care managers.1-4  The accelerated rate at which microorganisms are becoming increasingly resistant to established pharmacotherapeutic agents is staggering, with established regimens in danger of becoming less effective to common pathogens.5 Ultimately the rise in pathogenic opposition, the burden to the healthcare community, and patient welfare could be insurmountable.6,7 While not often easy to quantify, a salient example is the rising cost of methicillin-resistant Staphylococcus aureus (MRSA), with treatment in the United States alone well in excess of $34 billion each year.5 Yet, this is not limited to financial capital, as mortality from MRSA has been attributed to 75% of inpatient burn cases alone.6,8 Therefore, it becomes evident that alternative treatments need to be entertained as potential adjuncts to contemporary pharmacotherapeutic regimens. Although complementary therapies such as acupuncture, massage, and relaxation have been proposed, these may be impractical for most clinical scenarios.3,9 With this in mind, we present treatment options (and the evidence supporting paradigm shifts) that suggest prompt adaptation into conventional practice with the greatest applicability to improve patient outcomes in wound management.9

Essential oils are derived from distillation of leaves, bark, or flowers of certain organic materials that are believed to possess inherent antimicrobial properties with limited risk of progression in emerging microbial resistance. 1,5,6,10-12 Recent literature supports the use of various essential oils to decrease virulence, particularly multidrug resistance10,  Promotion of antimicrobial properties and improvement in wound healing has been linked to those oils with phenols, alcohols, and terpenic ketones.4-6

Although numerous agents have been proposed for use as potential antimicrobials, only a few have been consistently studied for their reliability and mechanism of action.5,6,10 Yet, the studies that have been performed have shown destruction of the microbial cell membrane leading to lysis and expulsion of cellular ions.9 The most common agents proposed with a propensity for wound healing effectiveness are aloe vera, echinacea, thyme, peppermint, mimosa, cinnamon, tea tree, rosemary, ginseng, jojoba, eucalyptus, lemongrass, garlic, and gingko.3,9,10

As with existing pharmacotherapeutic agents, the efficacy of an essential oil is dependent on the target organism, its concentration, and its dispersion properties.10 For example, Foeniculum vulgare fruits are known to possess broad-spectrum antimicrobial properties — with activity against both Gram-positive and Gram-negative microbes — and antifungal properties, while other agents have proven more selective when used appropriately.10 Rosemary and clary sage oils are known to inhibit only Gram-positive bacteria, while basil oil may inhibit both Gram-positive and Gram-negative bacteria. Although evidence supports the effectiveness of rosemary, clary sage, and basil against S aureus, rosemary has also been associated with synergistic and inhibitory properties against E faecalis when added to antibiogram-directed treatments (even when the organism had proven resistant to such agents as gentamycin and ciprofloxacin).1

It is important to note that routes of administration and associated efficacy are contingent on the agent being examined, and what works for some essential oils will not apply to all agents and illnesses being considered.

Organism-targeted therapies can be affected by the route of essential oil exposure. As a vapor, essential oils have consistently revealed an affinity for some of the most virulent organisms, such as MRSA, but also vancomycin-resistant Enterococci and Clostridium difficile.12 In vitro studies of essential oil vapor have revealed promising results in reducing numerous “antibiotic-resistant, healthcare-associated” pathogens.12 Most of the focus in this research aims to reduce air contamination during procedures and in environments where airborne pathogens pose risk. A study performed by Doran et al reported a reduction in airborne bacteria by 89% when essential oil vapor was used for as little as 15 hours.12  With limited established toxicity profiles when delivered as an aerosolized instrument, essential oils present the greatest benefit in areas where decontamination places a significant burden on medical and treatment staff. 12 The value of vapor transmission is therefore that of prophylactic management as a means of disease reduction.

Although vapor is the most prevalent essential oil route, topical antimicrobial therapy is regarded as an important component of wound care to prevent wound deterioration and infection.4,8 The skin plays a significant role in protecting the internal body environment from external hazards, and any intrusion into or destruction of this barrier can disrupt the body’s essential systemic structures and biomechanical function.13

Burns from heat, chemicals, electricity, sunlight, and radiation are just a few examples of trauma that can expose the body to denaturing compromise.  Accidental thermal burns alone are considered the leading cause of mortality and disability with an estimated 2 million people afflicted each year, and wound healing is essential for barrier restoration.13,14 The aim of wound healing is to facilitate a short time for repair with few side effects and reducing incidence of infections, which is why there is a growing tendency toward pharmaceutical herb usage.15,16   The 4 phases of wound healing — hemostasis, inflammation, proliferation, and remodeling — are each influenced by the migration of specific types of cells into the wound; each phase is dependent on the acceleration or deceleration of certain components in that process, which when fostered allow for improved healing.11,14,17,18

The primary treatment goal of topical agents is to promote multidimensional wound healing by inhibiting the proliferation of infection-causing microbes.13,15 Inhibition of microbe proliferation may lead some to entertain applying essential oils to wound dressings.6,8 Of those noted agents, tea tree oil from Melaleuca alterifolia lends itself as one of the most effective agents against prominent skin flora — especially Staphylococcal species, namely MRSA and methicillin-susceptible S aureus — when topically applied.5,9 Predominating in chronic wound management, tea tree oil has the advantage of possessing both bacteriostatic and bactericidal properties, while also increasing monocytic differentiation and decreasing inflammation and overall time spent healing.5,9 Although tree oil has been reported by Shea et al as the most efficacious essential oil monotherapy for topical wound management, geranium and citricidal oils can also be used as a combination agent with similar results.8

Lavender has been proposed to possess similar antimicrobial, anti-inflammatory, and even analgesic properties.6 However, the evidence for its proposed benefits, including wound healing and scar reduction, remains largely anecdotal.6,12

Studies have revealed some agents with a proclivity toward improved deep tissue wound healing derived from their phytochemical ingredients. L augustifolia and L nobilis are noted for improved tensile strength of a wound following incision, which can be beneficial for those who are prone to poor wound healing and atrophy.6,19

Studies have supported the use of essential oils as oral therapies. For example, while a naturally occurring spice compound, the bioactive component of turmeric is proposed to possess anti-inflammatory, analgesic, and healing properties.3 At this time, however, the ideal dosage of the agent and route of optimal delivery remain uncertain.3 Although toxicity, allergic reactions, and complications from topical and vapor agents remain low, the safety of oral therapies cannot be substantiated reliably. Therefore, oral administration of essential oils is not endorsed.9,12 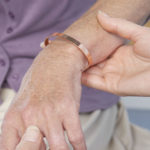