This article is part of an ongoing series entitled, Beyond Rx: OTC Corner, which will include topics such as OTC medications, dietary supplements, and other health care approaches that will help nurse practitioners and physician assistants provide patients with tools to manage their health.

Robert D. Sheeler, MD, is guest editor of the series. He is an associate professor of family medicine, Mayo Clinic, in Rochester, Minn. He is board certified in family medicine, integrative medicine, and holistic medicine.

Omega-3 fatty acids are a healthy subgroup of polyunsaturated fatty acids (PUFAs), the highest concentration of which is found in fish. Most of the PUFAs consumed in the Western world are proinflammatory omega-6 oils, which may be a contributing factor to many chronic diseases. 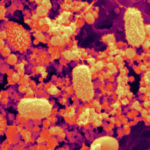