Mr. P, aged 31 years, is a right-hand-dominant male who was a restrained driver in a motor-vehicle accident that occurred approximately one week prior to his presentation to the orthopedic clinic for follow-up.

The patient stated that during the accident he “jammed” his left ring finger and also forcibly jammed his left hand and wrist into the steering wheel. Mr. P denied hitting his head or losing consciousness.

Since the time of the accident Mr. P had experienced nearly constant numbness and tingling in his hand, which was exacerbated by forward elevation of his shoulder (elevation of the arm) to approximately 90 degrees. He also complained of decreased grip strength as well as intermittent coolness and blanching in his left hand.

Mr. P denied Reynaud disease, carpal tunnel syndrome, or any other significant medical or surgical history. He was employed as a local truck driver and denied a history of repetitive motion injury or use of vibratory tools or equipment.

His symptoms were not exacerbated by sneezing, coughing, or straining, and he said he had no nausea, headache, or visual disturbances. All other review of systems was unremarkable. Mr. P did have a 10-pack-year history of smoking, and consumed alcohol socially. He denied illicit drug use.

No significant erythema, edema, or ecchymosis was appreciated about the left upper extremity compared with the contralateral side. A superficial abrasion was located centrally on the volar aspect of the left wrist. Grip strength was possibly weaker on the left side than on the right side.

The patient did report numbness and tingling with light palpation, affecting his index through small fingers, with an increase in these symptoms in the ulnar distribution. This finding was exacerbated by forward elevation of the shoulder to 90 degrees and above, particularly throughout the ring and small fingers.

Sensation was intact and normal through the thumb. Tinel’s sign of the median nerve was negative, as were Phalen’s test and Spurling’s test.

Radiographs of Mr. P’s left hand and wrist did not reveal any osseous injury. Furthermore, normal alignment of all carpals, metacarpals, and phalanges was appreciated. No imaging of the proximal extremity was obtained initially.

Given the patient’s symptoms, mechanism of injury, and physical-examination findings of an abrasion over the volar wrist, an initial differential diagnosis was acute carpal tunnel syndrome. Any trauma about the wrist can result in swelling, which, in turn, can lead to compression of the median nerve within the flexor retinaculum (carpal tunnel).

Carpal tunnel syndrome did not, however, account for the fact that only a portion of the median nerve sensory distribution was affected, or the fact that the patient’s neurologic symptoms were exacerbated by the elevation of his arm at the shoulder. As a result, pathology of more proximal neurological structures needed to be considered.

A clinical diagnosis of thoracic outlet syndrome (TOS) was made based on Mr. P’s symptoms and physical-examination findings. While a multitude of imaging studies and provocative maneuvers can aid in the diagnosis of TOS, many of these have low diagnostic sensitivity and specificity and/or are associated with significant costs.

By forming a working diagnosis of TOS based on history and physical-examination findings, we were able to try conservative, low-cost, and noninvasive therapies before moving on to more complex diagnostics and diagnoses.

Several types of TOS have been identified and are described below. Mr. P had symptoms consistent with neurologic TOS (NTOS), which has been managed conservatively for the 11 months since diagnosis—no invasive tests or procedures have been employed to date.

Mr. P also was enrolled in an occupational-therapy program to help him improve his posture through stretching exercises and strengthening of the trapezius muscles and neck muscles. This conservative treatment regimen is intended to open up the area surrounding the brachial plexus in the hopes of subsequently relieving pressure on the nerves and vessels.

If a patient displays continued paresthesia or progressing atrophy of the distal upper extremity, an electromyogram and/or an interscalene block would be indicated to further evaluate any of these long-term deficits and aid in surgical planning (i.e., decompression of the brachial plexus), if needed.1-3

The thoracic outlet is the anatomic space formed by the first rib, the clavicle, and the scalene and pectoralis minor muscles. Major neurovascular structures traverse this space, including the brachial plexus and the subclavian artery and vein.2

TOS results from compression of the brachial plexus and/or subclavian vessels as they pass from the cervical spine, through the thoracic outlet, toward the proximal arm.4,5 This compression can cause a multitude of neurologic and vascular symptoms capable of affecting all levels of the upper extremity.

Three major types of TOS have been described: venous, arterial, and neurologic, with venous and arterial often grouped together as “vascular.”6Vascular TOS often manifests symptoms of pain, pallor, paresthesia, diminished pulses and capillary refill, and swelling of the extremity related to venous congestion.

Comparatively, NTOS also may be associated with pain, paresthesia, weakness, and altered sensation, although secondary to compression of proximal neurologic structures.

NTOS has often been qualified as either “true” or “disputed.” The use of these terms arose as a result of a limitation of tests to diagnose NTOS accurately as well as inconsistent patient presentation in which some, but not all, of the accepted “true” NTOS symptoms/diagnostic criteria were exhibited. Illig et al have noted that this verbiage has now become passé in the face of a better understanding of NTOS etiology and pathophysiology.7

In general, however, many clinicians—including this author—continue to find the terms “true” and “disputed” useful descriptors of the patient’s condition and diagnosis.

The term “true NTOS” is typically applied when specific examination criteria are met and after electromyography studies and other anatomic evidence have confirmed the diagnosis. While not the gold standard for diagnosis, some studies support the use of scalene muscle injections to confirm NTOS diagnoses.1,8,9

Conversely, disputed NTOS is an effective and descriptive terminology that allows for understanding of the patient’s disease etiology and related symptoms without the use of expensive and uncomfortable confirmatory tests and other elaborate clinical workups.2

Overall incidence of TOS has been hard to estimate as the condition is often associated with vague patient symptomatology and poor diagnostic and radiographic confirmation. Nevertheless, NTOS is considered the most prevalent variant of TOS, accounting for an estimated 90% to 97% of all cases.2,3,7

Typical etiology of NTOS is hyperextension of the neck, commonly a whiplash-type injury from a motor-vehicle accident. NTOS symptoms can also result from work-related injuries, particularly those involving repetitive movements of the upper extremities.3,7

Other factors that predispose a person to TOS include the presence of cervical ribs, anomalous first ribs, and congenital narrowing of scalene triangles.7

Taken by themselves, provocative maneuvers during the physical examination for TOS typically are not reliable diagnostic tools: Most tests have been shown to have low sensitivity and specificity.2,3The Adson test is perhaps the oldest and best-known maneuver for eliciting detectable physical-examination findings in NTOS.3Adson was the first to describe TOS—then called scalene anticus syndrome—as well as his provocative maneuver for eliciting related symptoms.10

Other provocative maneuvers are also designed to elicit symptoms through exacerbation of compression about the brachial plexus. Again, because of the poor reliability of these tests, many authors recommend that the findings are considered in conjunction with history, physical examination, and other imaging and diagnostic testing to guide diagnosis.2

Ancillary testing, including radiographic imaging and electrodiagnostic studies, can also be important in the diagnosis of TOS. Historically, despite subjective symptomatology, the diagnosis of “classic” NTOS was made only when objective findings were present, specifically: a) a complete cervical or anomalous first rib; and b) electrodiagnostic changes in ulnar nerve conduction.3

Treatment for TOS is varied and can range from watchful waiting and conservative measures to interscalene blocks and surgical intervention. For the patient described here, the condition was managed conservatively with occupational therapy and rehabilitative exercises to promote proper posture; this approach had been successful for approximately 11 months to date.

For patients who fail conservative therapies, interscalene injections with botulinum toxin type A (Botox) have brought at least temporary relief in some cases of NTOS.12Surgery continues to be a controversial last option for management of TOS.

In cases of acute arterial compromise, emergent surgery is warranted.13Other options for brachial plexus decompression, particularly in NTOS cases, have shown varying levels of efficacy, but one study did report a 94% success rate with surgical decompression in patients who had previously benefited from interscalene injections.14

Thoracic outlet syndrome can be debilitating for the patient and confusing for the clinician. This is true not just in terms of the physical manifestations of the diagnosis, but also because of the vagueness of the etiology, diagnostic criteria, and treatment options associated with TOS.

A thorough history and physical examination are the cornerstones in forming a differential diagnosis. Whereas conservative measures are often effective in addressing symptoms of acute TOS, surgical intervention may be indicated for chronic and/or limb-threatening issues. 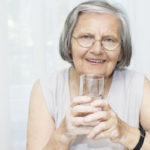