Clinicians frequently see patients with common communicable illnesses. Adult patients with exposure to children may be particularly vulnerable to acquiring childhood ailments. Therefore, it is important that providers who care for adults also be familiar with common childhood illnesses and understand how they manifest in adults. Hand-foot-and-mouth disease (HFMD) is one such common childhood disease. Although HFMD is usually mild and self-limited in both children and adults, it is possible for the presentation to be much more severe and, in rare cases, lead to meningitis. Generally, HFMD presents with the much milder symptoms that are discussed in this review, which can nonetheless be distressing. Included in this exploration of HFMD is a recent case that has been presented to increase clinicians’ ability to recognize and treat HFMD within adult populations.

HFMD is a communicable disease caused by enteroviruses—most commonly coxsackievirus (CV) A16 or enterovirus (EV) 71.1 It was first described in 1958 during an outbreak in Toronto, Ontario, Canada,2,3 and most commonly occurs in children. HMFD is transmitted via fecal-oral, oral-oral, and respiratory routes. The virus can be found in the saliva, sputum, nasal mucus, blister fluid, and stool of an infected person. The virus quickly spreads through close personal contact, droplets in the air, contact with feces, or contact with contaminated objects, such as doorknobs and toys. Less commonly, HFMD can be transmitted if someone swallows poorly treated water in a swimming pool that has been contaminated with stool containing the virus.4

HFMD is known worldwide, with reported outbreaks in multiple countries. For example, Australia has reported large outbreaks of EV 71 HFMD since 1986. The most recent outbreak, in which 119 children required hospitalization after presenting with fever, lethargy, myoclonus, and skin rash due to EV 71, lasted from December 2012 until May 2013.5

In the United States, HFMD is not a reportable condition. Thus, full statistics for the prevalence and incidence are not available. Large outbreaks are rare in the United States but often occur in Asia.5 Statistics are maintained in China, and approximately 1,900,000 cases and four deaths were reported in 2015. The World Health Organization provides reports that are available monthly.6

Which of the following best describes your experience with hand-foot-and-mouth disease?

The virus has an incubation period of 4 to 6 days, after which fever, malaise, sore throat with vesicles, and then hand vesicles develop. Viremia occurs as the virus replicates at sites, such as the skin, mucous membranes, central nervous system, and other organs.6,7 Although affected people are most contagious during the first week, they can remain infectious for approximately 4 to 8 weeks after the onset of illness because of residual viral shedding in stool.8 Sometimes, people (especially adults) will not have symptoms but can still transmit the virus. HFMD is not transmitted to or from household pets or other animals.4 Transmission is usually between family members. Outbreaks tend to be seasonal in temperate climates, occurring more frequently in spring and summer.3

In the United States, the typical case of HFMD is caused by CV A16 and occurs during the warmer months in children younger than 10 years of age.9 The median age of infected children is 19 months, and only 24% of children present with typical signs and symptoms of HFMD. The children initially have malaise and possibly fever; these are followed by characteristic mucocutaneous vesicular lesions in the oropharynx and on the hands and feet. Resolution of the symptoms and lesions takes 7 to 10 days. Cases may be more severe and prolonged in children younger than 2 years of age, including infants. In a typical case, bullae are rare10; however, one-third of patients present with a rash on their feet or buttocks,11 which resolves in about 1 week.

Fortunately, complications are uncommon. Fingernail and toenail loss can occur but is temporary, and the nails grow back without treatment.12,13 Rare cases of viral meningitis have been reported that required hospitalization. Even more unusual is encephalitis or paralysis, usually associated with EV 71 infection.14

Recently, severe worldwide outbreaks of HFMD have occurred caused by a strain of coxsackievirus that is less common than EV 71 or CV A16. This newly recognized strain, CV A6, affects both children and adults. The CV A6 strain was first identified in Finland in 2008 during a major outbreak of HFMD. Later outbreaks were detected across Asia and Europe.16 One outbreak of CV A6 HFMD occurred in Israel during the winter months16; CV A6 HFMD was diagnosed in five patients between December 2012 and February 2013. The occurrence of this cluster of cases during winter is not typical for HFMD in temperate regions.1 At Boston Children’s Hospital in the winter of 2012, eight children between 4 months and 3 years of age had HFMD caused by CV A6. The illness was additionally characterized by perioral lesions and lesions on the dorsal surfaces of the hands.17 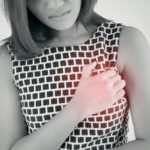