When medications for attention-deficit hyperactivity disorder (ADHD) became available, parents everywhere breathed a collective sigh of relief that their children would finally be able to enjoy a relatively normal social and academic experience. Since ADHD is not uncommon—roughly 8% of children and teens aged 4 to 17 years have the condition—the consequences of untreated symptoms can be substantial.

These children and teens were often labeled as behavioral problems because the symptoms of ADHD—impulsivity; inability to pay attention, follow instructions, or sit still; distractibility—can lead to problems at school and outside of the classroom. Indeed, ADHD drugs have the potential to benefit those who need them by reducing the risks for injuries and car accidents. Research suggests these agents may be protective later in life against developing drug and alcohol abuse, although the evidence for this is somewhat in flux.

However, many of these medications have a downside. People who use their ADHD medications as prescribed are in no danger of becoming addicted to them. But some ADHD agents, particularly those with a stimulatory effect, can become addictive if abused. Many teens and young adults—a number of whom do not need and do not have valid prescriptions for ADHD drugs—abuse them for the high they deliver when taken in extreme doses or otherwise not as prescribed.

The goal of all of ADHD therapies is to help patients focus more, and therefore improve their symptoms. Drugs for ADHD fall into several categories.

For 33 years, the Monitoring the Future (MTF) program (monitoringthefuture.org) has tracked the behaviors of middle- and high-school students. In 2008, MTF researchers determined that 2.9% of 10th-graders and 3.4% of 12th-graders abused methylphenidate.1

Abuse is more commonly found in another stimulatory class of drugs: amphetamine-based ADHD medications. These include dextroamphetamine (Adderall, Dextrostat, Dexedrine) and lisdexamfetamine (Vyvanse). Amphetamine abuse rates are at least double those of methylphenidates. According to the MTF, 6.4% of 10th-graders and 6.8% of 12th-graders used prescription amphetamines nonmedically in 2008. In the study, amphetamines ranked third among 12th-graders for past-year illicit drug use.

Other studies portray a possibly more urgent situation. A 2009 investigation tracked calls to the American Association of Poison Control Centers from 1998 to 2005. Calls related to teenaged victims of prescription ADHD drug abuse rose by 76% over that eight-year span.2 It is not entirely clear whether those numbers are a result of spiraling abuse or a consequential rise linked with larger numbers of amphetamine prescriptions for ADHD in that time frame.

Although it may seem illogical, stimulatory drugs like Ritalin and Adderall (or “vitamin R” and “Addy,” as they are sometimes called by recreational users) deliver a calming and focusing effect on people with ADHD. The opposite is true for those who take them without a physiologic need. Many take them to improve sharpness or even to lose weight. But when the drugs are crushed and then injected or snorted, they can produce a high with euphoric feelings and exaggerated self-confidence that can lead to dependence.

Amphetamine abuse continues to escalate well into the college years partially, as a means students use to perform better in school (Adderall is sometimes referred to as “college crack” or “the Adderall advantage” for this reason). Specifically, the National Survey on Drug Use and Health (NSDUH) showed that in 2006 and 2007, about 6.4% of full-time college students reported using such stimulants as Adderall nonmedically in the previous year. This is contrasted with 3.0% of students who were not enrolled in college full-time.3

Teens and young adults who take these drugs for their stimulatory properties are at risk for serious side effects, including dangerously high BP, irregular heartbeat, difficulty breathing, seizures and tremors, and mood disorders. At consistently high levels or with repeated use, stimulant-based ADHD drugs can cause stroke and such cognition changes as confusion, hallucinations, delusions, and paranoia.

It is often the actions teens take while under the influence of these changes that lead to accidents and risky or delinquent behavior. The NSDUH also reports that teens abusing stimulants are twice as likely to engage in delinquent behavior than teens of the same age who do not use these drugs nonmedically.4 When alcohol is thrown into the mix, as is often the case with teens abusing prescription medications, the combined effects can spiral further out of control.

Some drugs used to treat ADHD are not stimulant-based. Examples include atomoxetine (Strattera) and certain antidepressants, such as bupropion (Wellbutrin). There is less potential for abuse with these drugs, and they can be good options for treating children and teens with known substance-abuse issues.

Health-care providers are uniquely positioned to identify and help prevent ADHD prescription-drug abuse by teens and young adults. For prescribers, it is essential to speak with all patients about the safe use of these medications. Since would-be abusers often approach teens and young adults who have valid ADHD drug prescriptions, it is important to speak directly about the need to make sure all medications for personal use are taken only as prescribed.

School-based health-care providers should be particularly engaged with students. Stay alert and note any changes in behaviors and attitudes that appear outside the norm of teens and students of the same age. Make it a part of your ongoing training to become familiar with the signs and symptoms of potential ADHD drug abuse.
The National Association of School Nurses has an educational toolkit aimed at preventing, identifying, and managing teen prescription drug misuse and abuse. Included are lesson plans for school-based health educators and nurses, tips for administrators considering student drug-testing programs, and links to continuing medical education related to substance abuse prevention in the school.

How to identify abuse

Significant changes in appearance, attitude, or behavior are often the first clues that someone may be abusing drugs, including ADHD medications. A thorough medical history should be the next step in assessing a particular patient for medication abuse. Communication between provider and patients is key to spotting potential drug-taking behaviors and detecting recent changes in behavior or physical presentation.

Do not be afraid to ask questions. The Substance Abuse and Mental Health Services Administration recommends using the CAGE screening tool at each visit with teenaged patients:

Take a direct and nonjudgmental approach. This is especially important for children known to be at risk, including those with drug-abuse issues in the home or other major life stressors. Take note if the patient becomes defensive when the topic of substance abuse is discussed.

Some of the major symptoms of stimulant substance abuse include:

If the teen or young adult receives legitimate ADHD prescriptions, look for a pattern of increased prescribing. Abuse may be disguised by a simple comment like “I feel better when I take my medicine more often or take more pills than I used to.”

Teens and young adults who abuse ADHD medications may also develop a smoking habit, regular alcohol use, and/or illegal-drug abuse. They may show new interest in clothing, music, and other items that highlight drug use.

Check in with the parents. Family members may notice money and other personal or household items missing. Since teens can often buy stimulants from younger children with legitimate prescriptions, parents should be instructed to keep a mental note of friends and relatives with access to these medications.

Alert parents to the growing problem of teen prescription-drug abuse and have related handouts and online resources available.

Sources of reliable information include the Partnership for a Drug-Free America, National Institute on Drug Abuse, Drug Abuse Resistance Education, and the White House Office of National Drug Control Policy.

PCPs need to stay current on the research regarding ADHD medication abuse. If you work with teens and young adults, boost your skills by investigating recommendations from the Maximizing Your Role as a Teen Influencer Program . The National Council on Patient Education formed this coalition in cooperation with SAMHSA and representatives from 15 nationally recognized prevention, health professional, and child advocacy organizations. Specific recommendations include spending at least part of each visit with teenaged patients without their parents in the room, empathizing with the stresses of growing up, and identifying such positive outlets as sports, youth groups, and arts programs.

When you identify abuse

Your response to ADHD medication abuse often depends on your place of employment. Particularly for school-based health-care providers, specific actions are mandated by law and by the governing policies of the institutions that the student attends.

Laws vary by state, but in general, suspected cases of any substance abuse, including abuse of ADHD medications, require immediate action. School administrators are notified, triggering a preordained matrix of steps. Parents of minor students must be notified immediately of suspected abuse. Students are often directed to screening services where blood and/or urine samples are taken to confirm the presence of an abused substance.

Students may be required to commit to treatment before re-admittance to school. Ongoing monitoring may be needed as well to help students remain substance abuse–free.

Of course, these steps do not address the underlying reasons for the abuse. For this, students need to be treated comprehensively over time to be sure a pattern of abuse is not established or can be stopped effectively.

Controlling access to prescription stimulants is part of the prevention scaffold. Experts remind parents and guardians that some of these drugs are widely available in the family medicine cabinet. Parents should be the sole party responsible for dispensing ADHD medication outside of the school.

Insist other family members and close friends with valid stimulant prescriptions never give medication to anyone else at any time. This includes relatives and close friends who do not live with them.
For more information, refer parents to the Web site Not in My House, sponsored by the Partnership for a Drug-Free America.

Because of the widespread use and potential for abuse of ADHD drugs, practitioners need to remember that medication is just one part of a comprehensive treatment plan that includes counseling, therapy, and classroom adjustments to achieve academic milestones.

Ms. McCarthy is a freelance medical/pharmaceutical writer in Gloucester, Mass. 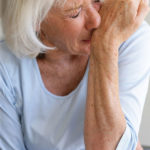