A large study has uncovered an unexpectedly high rate of shoulder dislocations among elderly women.

Michael A. Zacchilli, MD, and Brett D. Owens, MD, reviewed data from 8,940 such injuries, finding that the majority of dislocations (71.8%) occurred in males, and that the mean age of the total group was 35.4 years. Injury rates peaked for people in their 20s, but also for people in their 80s.

Falls were the most common cause of shoulder dislocation, accounting for 58.8% of the injuries reviewed. Of the falls, 47.7% occurred at home and 33.6% occurred at recreation or sports sites. The researchers reported that a disproportionate percentage of women (42.5%) were injured at home. Among the female patients, higher dislocation rates were seen among those aged 80 to 90 years, mostly due to falls at home.

“The rate of shoulder dislocations among elderly women was higher than we had previously assumed,” affirmed Dr. Owens in a statement describing the study results, which were published in The Journal of Bone and Joint Surgery (2010;92:542-549). 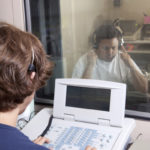 Analgesic use can hurt a man’s hearing