But would this really happen? Would so much vasoconstriction occur that all blood flow would be lost, ischemic necrosis would set in, and the patient would lose this body part? Research is now telling us this concern is much ado about nothing.

My interest in this topic began when I was reading a fascinating article about epinephrine (epi) pens. According to the article, one in every 50,000 epi pen injections results in the user attempting to inject the wrong end of the pen into his or her thigh, thus inadvertently injecting large amounts of epi straight into the thumb.

I had never thought about this happening to someone, but it totally makes sense that some poor soul would accidentally inject their thumb in the excitement of the moment  —  even worse if they aren’t the one having the reaction. As unfortunate as it is, it makes a great opportunity to study the effects of large doses of epinephrine on a highly vascular part of the body.1

But first, where did the idea that we shouldn’t use epi come from? As it turns out, the belief began over 60 years ago when procaine and cocaine were the only anesthetics used for wound repair. These drugs were being mixed with epinephrine and after using these combinations to anesthetize fingers, 21 cases of ischemic necrosis were reported.

Armed with these results, researchers believed it was the epinephrine that caused the necrosis and therefore should never be injected into fingers. Since then, it has been discovered that both procaine and cocaine individually have the ability to cause finger necrosis. Procaine is extremely acidic and becomes more acidic over time and it is now believed that it was this acidity that was responsible for the necrosis, not the epinephrine.2

Researchers compared the amount of epi going into a person’s thumb (0.3 mg for an adult dose) as being on par with receiving a 30 mL digital block. In this particular study, a retrospective study was performed, and therefore the study group consisted of a mere 127 individuals. However, the results were astounding: 68 individuals didn’t even need to seek medical help, 40 patients were treated solely with warm soaks, and 77% of individuals reported minor effects, and only one person reported major effects.

According to the article, “the case with noted major effects was discharged home from the health care facility with complete resolution of symptoms and no systemic effects. There were no reported admissions, hand surgery consultations, significant systemic effects, or vascular related complications.”

After reading the research, I wanted to find out more. I wanted to find out if this information held true for any other historically contraindicated body parts and if there were any larger sample sizes. I then stumbled upon the perfect article, which was a case study of surgeries using epinephrine on ears and noses. The sample size was 10,201 individuals. The results? Not a single epinephrine related complication was reported.3

This literature has since converted me into a full blown lido with epi fanatic. I have made it part of my practice, and the vasoconstrictive properties have been greatly appreciated. These articles have taught me that a patient’s body part will not, in fact, shrivel up and pop off in front of my very eyes. They have also taught me that I need to thoroughly instruct my patients on the proper use of epi pens. 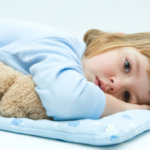