The available research consistently indicates a strong association between elevated insulin levels and risk for developing metabolic dysfunction. The majority of the studies included in this review utilized varying methodologies and adequately large sample sizes from diverse populations. In an effort to minimize bias and confounding variables, inclusion and exclusion criteria were clearly stated in all included studies. Some researchers evaluated fasting insulin as a direct measure of T2D risk while others evaluated the association between fasting insulin and the traits of insulin resistance. Ultimately, the large majority of researchers concluded that elevated fasting insulin levels were associated with the early physiologic changes of metabolic syndrome and T2D.

It has become widely accepted that a state of insulin resistance and hyperinsulinism precedes prediabetes and T2D.  Pennings et al identified the association between hyperinsulinism and weight gain and suggested that weight gain is independently associated with elevated insulin level and not with hyperglycemia, as previously believed.18 The most significant weight gains occurred in the early stages of insulin resistance and at relatively low levels of insulin elevation. This suggests that significant metabolic alterations occur before the most common screening methods are able to identify glycemic impairment. These findings are consistent with those of an earlier study by Pataky et al, which indicated that hyperinsulinemia is associated with cardiometabolic changes independent of hyperglycemia and insulin resistance.10 Pennings et al conducted one of the only studies that included participants from the United States; the researchers utilized a large sample selected using the NHANES database, allowing them to select a sample with demographics representative of the national population.18  They identified the strong association between fasting insulin and common precursors and risk factors for T2D: insulin resistance and weight gain. These findings support the suggestion that the progression to T2D includes a hyperinsulinemic stage and a prediabetic stage.16

Multiple studies with large sample sizes from varying populations identified a strong correlation between fasting elevated insulin levels and T2D or other metabolic syndrome traits. Among them were Welsh et al, who identified a strong association between T2D and fasting insulin level in an older adult population,12 and Saravia et al, who studied 3200 male factory workers and noted that insulin appears to identify cardiometabolic changes earlier than both HbA1c and glucose measurements.14 Derakhshan et al15 and Ghasemi et al13 both followed a large population of Iranian adults and identified hyperinsulinism as an independent risk factor for the development of T2D. Ghasemi et al identified fasting insulin level as a possible predictive tool and contributed to improved reproducibility by recognizing suggested laboratory cut-off values for determining T2D risk.13

Current literature regarding the fasting insulin level is limited, and its role in the development of insulin resistance, metabolic syndrome, and T2D is not fully understood. While most of the studies included in this review utilized large sample sizes, the shortage of recent publications is a limitation. The researchers typically utilized convenience sampling, which introduced the opportunity for bias, and the applicability of findings was further limited by widely varying follow-up durations that ranged from 3 years to 9.2 years. Ruijgrok et al found that fasting insulin was not statistically significantly associated with the incidence of T2D in a 6.4-year follow-up,17 which contradicts other researchers’ findings. More long-term follow-up is therefore necessary to better evaluate the association between fasting insulin levels and development of T2D.

While Welsh et al12 identified strong correlations between fasting insulin level and development of T2D, the advanced age of this sample — 70 to 82 years — limits more widespread generalizability. Saravia et al14 also found strong links between fasting insulin level and components of metabolic syndrome, but generalizability is limited by the all-male and largely Spanish sample. The same is true for the study by Lunger et al, in which they highlighted the potential use of fasting insulin level to identify early metabolic dysfunction in those with PCOS.11 However, the researchers utilized a relatively small sample size, and the apparent fluctuations in insulin levels among those with PCOS make generalization difficult.

The systematic review by Kelly et al merely identifies the presence of hyperinsulinism in the mentioned conditions.9 The methodology does not allow for one to identify the cause or nature of the relationship between elevated insulin level and the evaluated disorders. Similarly, Pennings et al did not directly measure the ability of the fasting insulin level to identify risk for T2D; they identified the correlation between fasting insulin and weight gain.18 Moreover, in all of the included studies, researchers only speculated on the potential cost benefits of early identification of this hyperinsulinemic state. There was no actual empirical evidence related to the cost-effectiveness of utilizing fasting insulin screenings to identify T2D risk.

While the available literature on T2D is overwhelming, it is apparent that much room exists for improvement of current screening guidelines and continued research. While the associations of FPG, HbA1c, and 2-hour plasma glucose with T2D are well studied and widely known, the role of fasting insulin level as it relates to progression of insulin resistance to diabetes is still poorly understood. Therefore, it remains unclear as to when insulin levels will start to rise and for how many years they can remain elevated before irreversible metabolic changes or beta-cell degradation occurs. This makes it challenging to identify the accuracy of the fasting insulin level as a predictor of T2D risk.

Hyperinsulinism has been identified in prediabetes, T2D, dyslipidemia, obesity, hypertension, PCOS, fatty liver disease, certain cancers, CVD, renal failure, and sleep apnea.9 The combined burden of these conditions on the American healthcare system is astonishing. Saravia et al14 concluded that fasting insulin level appears to identify certain cardiometabolic changes earlier than both HbA1c and glucose measurements, and Pataky et al10 established that fasting hyperinsulinemia is associated with cardiometabolic changes independent of hyperglycemia and insulin resistance. These findings underscore the potential to identify these at-risk patients much earlier than current practice allows. Individuals in earlier stages of metabolic dysfunction would theoretically require less-intense interventions to slow or reverse their diseased state.

Fasting insulin levels have been identified as simple and effective measures of insulin resistance in the absence of diabetes and could potentially identify individuals at risk of developing certain metabolic conditions. The association between fasting insulin and metabolic syndrome and T2D has been well documented in this review, and hyperinsulinism has been shown to disrupt other components of the endocrine system, as well as have harmful effects on other organ systems and tissues.  Identifying this imbalance earlier could have a significant impact on the overall health of Americans.  Individuals with elevated insulin levels could make preemptive lifestyle changes, thereby thwarting the development of T2D, CVD, dyslipidemia, obesity, and more. A simple laboratory test has the potential to change the way we identify at-risk individuals.

While the research might not yet support substantial changes to current screening guidelines, continued research is warranted to better evaluate the fasting insulin level as a diagnostic or screening tool.  Several questions come to mind in terms of continued research:

Felicia Stewart, DNP, FNP-C, is affiliated with Saint Mary-of-the-Woods College in St. Mary-of-the-Woods, Indiana, and Wellness For Life, LLC. Jan Paauwe-Weust, DNP, RN, is affiliated with Indiana State University in Terre Haute. Special acknowledgement to Kayur V. Patel, MD, FACEP, FACP, FACPE, FACHE, for igniting our interest in this topic and his support and engagement in future efforts in this area. 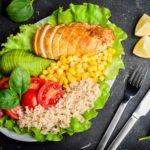