The phase 3 Mosaico clinical trial found that Janssen’s investigational HIV vaccine was ineffective at protecting against HIV-1 infection, according to the National Institutes of Health (NIH). The study findings and the rapid rate at which the COVID-19 vaccine was developed once again raise the question of why it is so hard to develop an HIV vaccine.

To better understand the challenges, we talked to Stephaun Elite Wallace, PhD, MS, director of External Relations with the HIV Vaccine Trials Network (HVTN) and coinvestigator of the Mosaico trial.

“Multiple factors make HIV vaccine development challenging. Human beings do not spontaneously recover from HIV, so no model of recovery is available; upon infection, we observe an immediate and definitive integration of HIV with the host genome. HIV demonstrates an ability to attack, hijack, and evade the human immune system including humoral and cellular immune responses in more diverse and effective ways than other viruses. Lastly, HIV presents a very high diversity of strains and genetic sequences,” Dr Wallace said.

The disappointing outcomes from the Mosaico trial are not a setback, according to Dr Wallace. Rather, the findings “will help us understand more about how to combat this extremely formidable virus. Through innovative research methods, we are developing new and better treatments and making significant progress toward creating effective vaccines.”

About the Mosaico HIV Vaccine Trial

The Mosaico trial (HVTN 706/HPX3002) was initiated in 2019 and included 3900 men who have sex with men (MSM) and transgender people aged 18 to 60 years living in Europe, North America, and South America. All participants received the vaccine by October 2022. The study was conducted by the HVTN, which is funded by the National Institute of Allergy and Infectious Diseases (NIAID). All participants were offered comprehensive HIV prevention tools, including pre-exposure prophylaxis (PrEP) during the clinical trial.

The number of HIV infections was similar among participants who received the vaccine and those in the placebo arm. Dr Wallace said that efficacy data from the trial is not yet available to share with the media. No safety issues with the HIV vaccine were reported. Further analyses of the study data are planned, according to the NIH. The study will be discontinued early, as recommended by the data and safety monitoring board.

“Further analysis of the results from the Mosaico study is ongoing,” Dr Wallace explained. “When this analysis is complete, the collaborative research team will work to ensure that key learnings from Mosaico are shared.”

The vaccine was designed to induce immune responses against the wide variety of global HIV strains and is based on mosaic immunogens — vaccine components featuring elements of multiple HIV-1 subtypes. The vaccine regimen consisted of 4 injections of Ad26.Mos4.HIV delivered over 1 year and used the common-cold virus adenovirus serotype 26, or Ad26, as the viral vector. The final 2 vaccinations were accompanied by a bivalent (2-component) HIV envelope protein formulation, combining clade C gp140 and mosaic gp140 envelope proteins, and adjuvant aluminum phosphate to boost immune responses.

Similar findings were reported in the phase 2b Imbokodo (HPX2008/HVTN 705) trial that tested a similar HIV vaccine regimen based on mosaic immunogens in 2637 young women in sub-Saharan Africa. The vaccine regimen was safe but did not provide sufficient protection against HIV infection with a 25.2% efficacy rate, according to the trial’s DSMB.

Other HIV Vaccines in Development

“We have a few different HIV vaccine approaches being tested in early phase studies that may unlock the key to our understanding of how to make an effective HIV vaccine, including mRNA HIV vaccine candidates,” Dr Wallace noted. “While these studies are in the early phase, where a primary focus is on safety, we will need to continue to review the data and assess the outcomes to determine whether we can and will move forward.”

Dr Wallace also pointed to the PrEPVacc study as one to watch. PrEPVacc is an African-led and European-supported HIV prevention study involving the use of PrEP and 2 candidate HIV vaccines. The trial enrolled men and women aged 18 to 40 years from the general and at-risk populations and is set to end in December 2024.

“Finding an HIV vaccine has proven to be a daunting scientific challenge,” said Anthony S. Fauci, MD, former NIAID Director. “With the success of safe and highly effective COVID-19 vaccines, we have an exciting opportunity to learn whether mRNA technology can achieve similar results against HIV infection.”

The Mosaico study was sponsored by Janssen Vaccines & Prevention B.V. with funding support from NIAID. 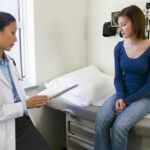