The current approach to the diagnosis and treatment of women with vaginal discharge is suboptimal, according to the results of a study published in Clinical Infectious Diseases. Nearly half of women with a laboratory-confirmed diagnosis of vaginitis received the wrong prescription, and one-third of women without a known infection were prescribed treatment inappropriately.

Although bacterial vaginosis (BV), vulvovaginal candidiasis (VVC), or Trichomonas vaginalis (TV) is common, many women presenting with vaginal symptoms do not receive appropriate treatment and are more likely to have recurrent visits for vaginal symptoms within 90 days, the researchers found.

The Centers for Disease Control and Prevention (CDC) has provided guidelines for point-of-care tests that can be performed along with a clinical history and physical examination to diagnose vaginosis. However, the researchers found that the CDC-recommended point-of-care testing, such as assessment of vaginal pH, microscopic examination of vaginal fluid, or the whiff test, were infrequently performed.

To confirm this, a total of 303 women aged 18 to 45 years were enrolled at 8 university-affiliated clinics between July 2017 and March 2018. Women with ≥1 vaginal symptoms including abnormal discharge, odor, vulvar or vaginal itch, or discomfort were invited to participate; after exclusion criteria, 290 were included in the study. The mean age of the women was 29.4 years; 79% were white, 18% were black, and 3% were other or unreported race/ethnicity. Only 10% of participants reported a pregnancy.

At the start of the study, 64% of women reported >1 complaint consistent with vaginitis. A total of 115 (38%) women reported treatment of vaginal symptoms in the previous 30 days, with 55 (28%) prescribed antifungals and 42 (14%) reporting the use of oral or vaginal metronidazole. Abnormal vaginal discharge was reported by 68%, vulvar/vaginal itching by 44%, and irritation or discomfort by 42% women.

Of the women in the study, 30% were diagnosed with BV, 34% had VVC, and 7% had TV. Of the 170 women having a laboratory-diagnosed case of vaginitis, 81 (47%) received ≥1 inappropriate prescription(s). Of the 120 women without BV, TV, or VVC, 41 (34%) were prescribed antibiotics and/or antifungals. Among women with no infectious vaginitis, return visits for vaginitis-symptoms were more common among women treated empirically compared with those not receiving treatment at all.

symptoms, but no infectious cause of vaginitis, may result in more symptom-triggered visits and a greater burden both for women and health systems,” the researchers reported.

“Different models of care may be warranted for women having vaginal discharge syndromes. This requires a combination of sensitive and specific laboratory testing as well as careful patient evaluation and clinical acumen to accurately diagnose women presenting with symptoms of vaginitis,” the researchers concluded. 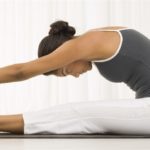