Vitamin D deficiency in women with polycystic ovary syndrome (PCOS) who have undergone fertility treatment with ovarian stimulation is associated with a significantly diminished rate of ovulation and pregnancy, and a lower chance of a live birth, according to findings published in the Journal of Clinical Endocrinology & Metabolism.

Growing evidence suggests that vitamin D plays an important role in human reproduction. Researchers hypothesized that vitamin D deficiency is a modifiable contributor to reduced treatment success in patients with PCOS or who have unexplained infertility, and who are undergoing ovarian stimulation. To test this hypothesis, vitamin D status was evaluated in stored samples from completed randomized controlled trials conducted by the Reproductive Medicine Network.

Investigators observed that vitamin D deficiency in women with PCOS who underwent ovarian stimulation was associated with significantly diminished rates of ovulation vs women with unexplained infertility, who did not have an association.

“Considering the prevalence of PCOS and vitamin D deficiency alongside the vast number of unsuccessful ovarian stimulation cycles conducted in this country every year, these results are pertinent to the reproductive outcomes of a substantial number of infertile women,” wrote the authors. 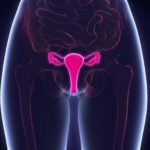 Examining the Ethics of Deceased vs Living Uterus Donors